Three Gigs in One Night 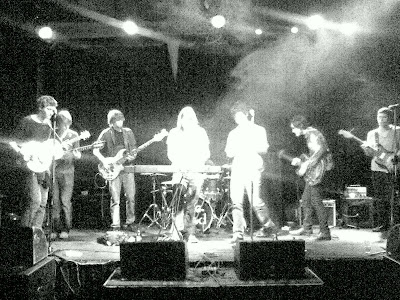 Revolver
$10
Neon, Royal Control, Shredded Vinyls and The Thod
I particularly went to this gig to see The Thod again as was unhappy with there last gig, nothing to do with them but the PA system at there last gig I went to was not the best quality, but I quite surprised with the Revolvers sound system as it was a treat, could hear everything that was going on stage, and there was so much in a 8 piece band. I highly recommend this young band, some great guitar work, and harmonica’s too.

Yah Yah’s
Free
CLEAR SPACEMEN SCHWEINHUND
Don’t know which one I saw, but the guitar and bass was great, really drew me in.

Blue Tile Lounge
Free
http://www.myspace.com/bluetilelounge
Don’t know who the band who was playing but they reminded me of Nirvana, and later I was told by someone that Nirvana 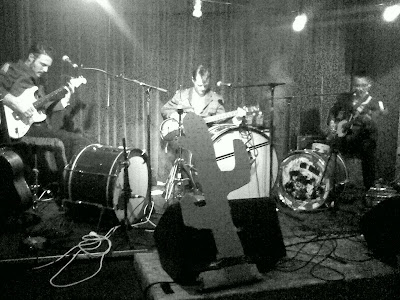 Go-Go Sapien were on fire tonight, very tight, all wearing white, much more impressed than last show I saw them play at Yah Yah's.

Didn't know what I was going to see with Puta Madre Bros, it was a little hard to get a grip with the concept of a 1 man band x 3 (see above picture). They really did rock out to a packed crowd. There bio describes them as one-man-band-triplets of highly fuelled hi-speed knock-em-out mexicano-garage-soul music, but a work mate who came along describe them as Rockin Mariachi.

I haven’t been to the Royal Derby for quite some time, and even thought it had closed down. I think last time I’ve been there was in 2000 to whack some balls around on the pool table.

I enjoyed listening to the Thod material, believe it was a pre release CD that I got, but the PA system didn’t do them any justice, maybe the PA was set to loud, and the band couldn’t hear themselves. I also wasn’t a fan of the stage as the wooden partition (something you might see in a restaurant separating tables) seem to box the 8 piece band in.

The last band that I saw reminded me of early 90’s music, take a little from the Stone Roses and some other band I can’t remember. This band didn’t interest me, but the crowd seem to swell to watch them play.

The outside area was packed, even though it was cold, with plenty of smokers and non-smokers, enjoying a conversation where you could hear each other, remember those? 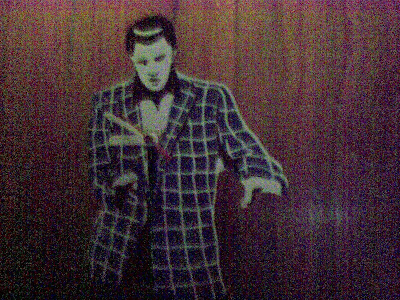 The Gem in Colingwood has plenty of Elvis pictures, including this clock. Although there were plenty of tables and chairs in the bar area, there wasn't enough places to stand and dance as it got packed fairly quickly.

The Band was Chris Altmann & Que Paso
"Celebrating first gig at the Gem, and Zane's birthday!"
Was I told that Chris is from Vandas/Paesanos who plays lap-string steel. 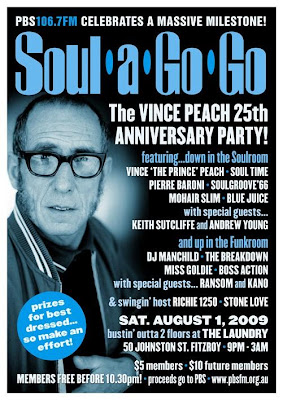 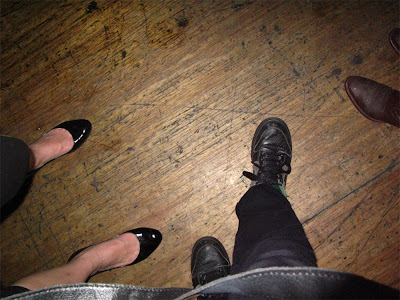 Some shoe gazing at Soul A Go Go
Another great Soul Night in Melbourne can be found at the Laundry every first weekend of the Month. It was probably the most packed Soul Night at the Laundry I have been too, know doubt for Vince's 25th. I was going to take some video and pictures but it was so dark so even see through the view finder, lucky for photo's it had that green helper light thing.