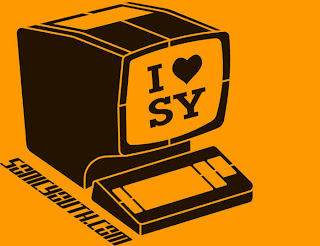 The crowd was a mix between the young cool kids, who don’t really listen to music anymore, and go to gigs because all there friends PM them through some networking site and plenty of 30-40 year olds who used to listen to them when they were going up. I still don’t know who is scary your 18-25 kids or people in there 30’s-40’s.

Didn’t get to see the Scientist’s play due to wasting time at home (I’ll blame that one on the internet) but just go there about 10 minutes before Sonic Youth had played. Last time I saw Sonic Youth play was back in 2003 at the Forum touring there Murray Street LP, which a magical gig, done in two half’s, first more instrumental and second songs with vocals. This time they play there album Daydream Nation, as was part of a series of gigs(was it called back in the day). Some people love or hate sonic youth, I tend to swing the love em, as I really get into there instrumental parts and how creative they can get with the use of the old guitar. This set I think last about one and a half hours, well I think, time was lost on me for a little while.

The picture at the Top was found at http://www.sonicyouth.com/freestuff/index.html. You can find more SY stencils there. 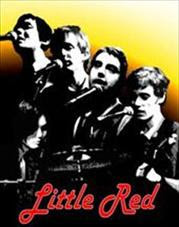 Little Red at Northcote Social Club, Tuesday 19/2. $10. Potts of Druaght Beer $3.50.
This is the time of year University Start’s, under 18’s should all be back in school and summer in the land of Aus finishes. While venturing to this gig this was when I happened to stumble upon some loud new University students, who all decided to jump on the Tram I was travelling on and go for a ride for three stops. Then at the gig the amount of young people there was massive, well in my own opinion. It feels like the kids these days are getting younger or is that I’m getting older. There on the tram I was thinking no more kids and I go to the gig there’s even more. But there’s something happening there, I always read about people complaining that gig numbers are dieing and people should go out to see more bands, support your local venue. With this gig I forgot all about that it was packed, full of young people, but packed for a lazy Tuesday night residency at the Northcote Social Club.

I only got just there in time to see Little Red so I cant say anything about the other band nor do I know who played (there were two supports). I saw them back supporting the pipettes at the start of 2008, and was still impressed. They have great energy, vocals harmonies, guitars and interesting drummer (he was described to me as a bobble head). If you like the sounds of Franz Ferdinand, The Beatles, The Rolling Stones and Chuck Berry check them out, either on line or get a hold of there EP(I did at the gig).
They finish there residency at the Northcote Social Club on 26 of Feb, and will be performing that night with The Holidays (NSW) and Dash & Will.
Little Red - Coca-cola
The kids went crazy over this song, must be due to the high airplay on Triple J radio. 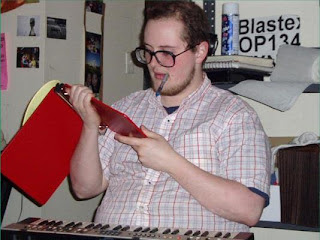 I've just found this website(via Dan Deacons's myspace) you can find past releases here on his website. I'm yet to listen to them, but am looking forward to it, so will be puting up a link to one of his tracks when I get home. He's playing Saturday 23rd at the Evelyn in Melbourne, so check him out, because I can't I'm away.

Minus The Bear + Nation Blue

Something I forgot with the Hi Fi, are no longer selling Fosters beverages (that’s Carlton Draught, Pure Blonde, Cascade, and many more) and are now selling, or what appears to be lion Nathan, becks, toeheys etc. Becks Stubies $7.50. One of my mates said next time just say ‘Whatever’s you cheapest?’ work, so might have to try that.

The crowd were fairly young looking, but that’s not surprising as Minus The Bear are a fairly internet savvy and highly blogged band.

The first act were an instrumental band whom I forgot to make a note of there name, they were good, took you to some quieter places then just let these heavier riffs out. While listening to the next band Nation Blue brought up memories of Billy Childish, The Clash and at the Drive In.

The first two acts you could be mistaken for being at a punk gig, but Minus the Bear(from Seattle), I don’t really think they fit in a punk pigeon hole but rather a rock or prog rock. When they came onstage the lead singer, Jake Snider , said his was no good, but after a few songs into it seemed to come good, or maybe I just didn’t notice it. The second song they played is my favourite from there Planet of Ice CD ‘Throwin’ Shapes’ which I enjoyed, I don’t know what do you say. It’ll be interesting to see how far this band will go as they had some fairly dedicated fans (before they started they are went to the empty part at the front and all waited)j, they have a great sound as well, maybe they’ll somehow jump into the mainstream or stay unknown and gather a large following.

Minus the Bear - Throwin' Shapes

more Minus the Bear can be found at Suicide Squeeze Records.

A small round up of larger gigs in Melbourne

Some upcoming gigs I thought look interesting, a little self indulgent.

The guy I sit next to at work recommends Aceyalone who support the Dr Octagon (kool keith) gig at the Espy, he also sad the Espy is the best place to see a gig, but I would say no as the beer is way to expensive there.

Also I recently walk past the Rob Roy the other night and saw that it has now been leased, what could we see there next? I’m shore I read somewhere that they’ll be doing gig’s again, but probably a rumour.