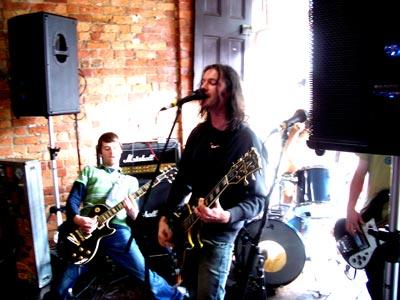 Sunday (25/09/05) saw a sunny day down on High Street, Northcote with High Vibes festival. Kids, Adults, and dogs were found wandering the street enjoying bands, food and flowing beer. Is this one of the last surviving street festivals with the likes of Brunswick street and St. Kilda (meant to be on break) gone?

I found Cockfight Shootout playing in Punch Salon, kind of a strange combination with the amber liquids, hair product and a fucking loud rock band playing. While leaving I took this photo and it sent my ears ringing to an amazing level. The High Vibes festival is about showcasing local acts, and Cockfight Shootout is definetly one of them, struting there stuff over Melbourne venues for some time. 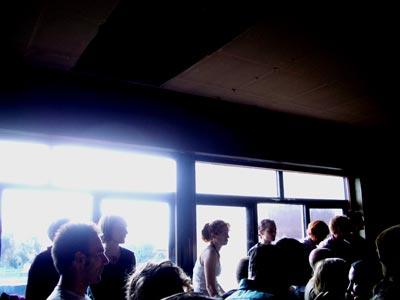 From what I hear, and didnt see while listing to Mountains in the Sky (well I was down the back), its kind of the music (or anthem) for your dreams (well my dreams are very cut and paste anyway). Featuring many different instruments and comming from many different inspirations.

Links:
Cockfight Shootout have some tracks on website, including Earth Grazer, Ward Zero and Something Strange.

Mountains in the Sky web site is lacking content, so hopefully more information will be added. For a bio and some other info check Trifekta have an artist profile.

I keep on forgetting to post this gig that I saw back in September. I had seen both Spoon and the Small Goods last year (different gigs) at the corner, both were fresh then, but now have lost a little magic.

The Screens took to the smaller stage, and was plagued with problems, it was kind of start and stop affair. The Small Goods, from Port Fairy/Warrnambool, took to the stage, making a sound that was totally not what I was expecting. Last time they had a experimental sound with wailing guitars and effects, but this time it was a wailing lead singer with pop numbers. If they were pub food I would have to be the soup of the day, given the soup of the day is unpredictable, not knowing what you’re going to get. Some of the boys from Small Goods have come along way from playing in a cover band in Mid 90's called Toe Jam, playing in such country pub as the Whalers.

But the reality of the day was we all came to see Spoon play, which they did. Spoon change the pace of the place with their catchy pop that woke everyone up and got your foot tapping to their off beat tunes. They were the Burger and Chips of the pub menu, a solid performer, where you new what you were going to get. Leaving you with a full stomach and songs going round in your head on the trip back home.

Spoon has a few demo and tracks on there site, I turn my Camer On from Gimmie Ficiton was their signiture tune from that album and I summon you (demo), from the same album.

Small Goods have two mp3 up on there home page, Round and Around
taken from This Is The Show(mini album), and Good Afternoon taken from Listen to the Radio(ep).

The Necks at the Northcote Social Club 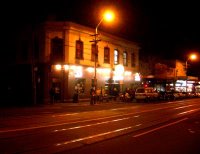 The problem with having any kind of journal is the amount of work and time spent maintaining it. Hopefully it will prove a useful tool in helping me to remember gigs, bands and events.

The delays of posting entries is one of the reasons why I hasn’t posted this entry, luckily blogger you can change entry dates, so I can keep everything in chronological order.

The Necks have been around for awhile (my first time to see them) and are commonly described as a jazz improve group. Don’t let that turn you away or compare it to the ill fated Spinal Tap concert in the park. Basically you could compare them to a soundtrack to a movie, taking you through a journey that is forever changing and growing.

That night the three members took to work using a mini grand, double bas and a drum kit. I didn’t even know you could make some of the sounds using those instruments. There were two sets with the an intermission, giving people time to take a break to contemplate and digest the sounds.

All up it was an intimate gig that sent the punters into a trance like state. It was also a good example of the power of word of mouth as it was packed. 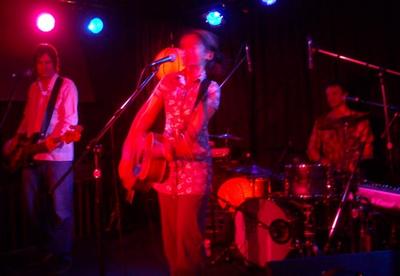 This was my first time to the NSC, a very small, but intimate place to catch a gig. Maybe the lighting is a little dark, or maybe I should buy a new camera. It was great not to come home smelling like smoke too, although you do come home smelling like beer. With other venues closing down, its great that the NSC has started (owned by the same people as the corner) with live gigs, showing Melbournians that venues come and go.

First off The Guild league played their Indie/folk/pop with a touch of reggae. Including a saxophone, trumpet, bass/cello, drums and guitar from The Lucksmiths' Tali White. 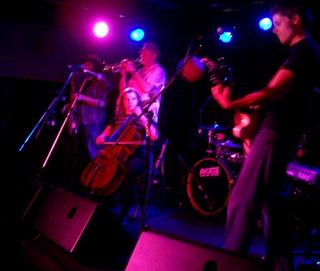 The Guild League
Sophie Koh played her sweet style of folk/pop/rock, giving her line up a more minimal feeling compared the Guild League, with only a bass, guitar(herself) and drums. The first part of it she played Solo, and later played on the organ with just the drums accompanying her.

Links:
Sophie Koh as two tracks on MP3.cm.au, they are Easily Broken (4.03mb) and Silly Thing (demo version) (3.51mb). Out of the two MP3’s, Silly Thing would be the best example of the music that she played on that evening. She also has a blog, which is sometimes updated.

The Guild League are lacking a website and mp3 samples, but you can get some real player samples which I’m not a fan of. You can also hear them talk to JJJ’s Robbie Buck about there album (8.80 MB) Inner North, while listening you do get to hear some snippets of there music.